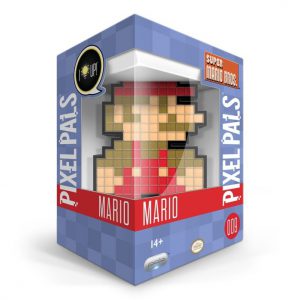 Performance Designed Products LLC (PDP) the #1 third party video game accessory manufacturer, has now launched Pixel Pals™ globally. These collectable pixel-art renditions of some of gaming’s most iconic characters light up in array of colors, adding warmth and spirit to any room.

“Pixel Pals are fan-favorite characters that appeal to gamers and collectors alike,” said Chris Richards, CEO of PDP. “With characters representing beloved game properties, we know game fans will want to collect them all, and we have plans for exciting new additions to the character line up coming soon.”